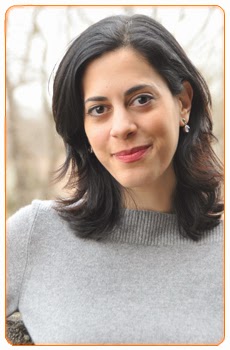 The 12th reading in our FORUM "Soundings" series is JASMINE SPRING by Yasmine Beverly Rana. This reading will be begin at 7:00pm on January 24, 2015 and will be held at Fairleigh Dickinson University, Dreyfuss Theatre, 285 Madison Avenue, Madison, NJ. Click here for directions. Click here for a printable map of the campus (the Dreyfuss Theatre is located in Building 9),

Jasmine Spring is an exploration of democracy, its definition and implications viewed under the lens of the female protagonist, a university student and participant in the Arab Spring uprising in Tunisia. Kia’s identity as female and her sexuality are under assault as she is conflicted between her role as citizen and woman. Her lover, Amir, a photographer and proponent of social media as a tool for civil disobedience, encourages her to use an image of her body as a symbol of democracy and freedom. Within the confines of a dorm room, a digital photograph, that will change both their lives, is taken and posted through social media.

Yasmine’s plays have been presented in the United States and abroad, notably La MaMa E.T.C, Halcyon Theatre of Chicago, New Stages Performing Arts Center in the Berkshires, Write-Act Repertory Theatre in Los Angeles, The Looking Glass Theatre, Johns Hopkins University Theatre, Playwrights Theatre of New Jersey, Tara Arts Theatre and New Diorama Theatre, both of London.  Publications include The Alabama Literary Review, The Best Women’s Monologues and The Best Stage Scenes (Smith and Kraus Publishers), Blackbird, The Kenyon Review, TDR: The Drama Review, and The Contemporary European Idea. Translations include Cinci Piese de Teatru. The University of Chicago Press and Seagull Books’ In Performance series published The War Zone is My Bed and Other Plays.  The anthology was reviewed in the Slavic and East European Journal.

Awards include a Paulette Goddard Fellowship from New York University and a Walter E. Dakin Fellowship in Playwriting from the Sewanee Writers Conference. Yasmine was a finalist for La MaMa Experimental Theatre’s inaugural Ellen Stewart Award. She received her Bachelor of Fine Arts and Master of Fine Arts degrees from New York University’s Tisch School of the Arts.  Yasmine is also a Registered Drama Therapist, New York State Licensed Creative Arts Therapist, and educator.  She has volunteered as a teacher and drama therapist in Bosnia and The Republic of Georgia.  Yasmine implemented an arts and education program for Bosnian youth through the Jacob Foundation in Zurich and The American School in Switzerland.

Yasmine has served as Writer in Residence at T. Schreiber Studios in New York which produced The Fallen, along with a revival of Blood Sky, and Fauna and Blood (T. Schreiber Shorts).  Fauna and Blood was inspired by artist Imran Qureshi’s “Roof Garden Commission” for the Metropolitan Museum of Art and was published in The Kenyon Review.

In November 2013, Yasmine was selected by the Tommy Hilfiger Company and Glamour Magazine as one of four outstanding women of New Jersey to benefit the Women of the Year Malala Fund.

Yasmine was a recipient of the Paramus Education Foundation’s Lifetime Achievement Award in October 2014.

Scarred  began as a one-act play that will be published in The Kenyon Review in 2015 and performed in New York at T. Schreiber Studio Theatre’s “ Freedom Short Play Festival.”


1) Where did you get the idea for JASMINE SPRING?
Jasmine Spring was written in response to the recent political uprisings in North Africa and the Middle East.  With daily images and narratives of student demonstrations and the fragility of their political leadership, I wrote from the perspective of the female citizen in that region who also demands change but finds herself dangling between paradoxical circumstances.  Will she be represented?  Will her voice be heard?  If you extend the conversation with the addition of social media as a tool to give rise to democracy and the intimacy of a video or photograph, the implications can be tumultuous.  PTNJ has been instrumental in the development of this play which began as Another Spring.  There were moments I considered abandoning this, believing it was over after a few readings and that all that could be explored had been, but there seems to be a voice within the pages whispering to me to continue, to keep the characters alive and continue this discussion which leads to another question. How does a writer know when a play is finished?  The answer is from within and encompasses an almost primal sense of completion.  I’m nearly there with Jasmine Spring.

2) You are a Writer in Residence at T. Schreiber Studios in New York. Can you tell us a little about what that means?
It’s wonderful!  It’s wonderful  having a master director as Terry Schreiber who has identified the value in my voice produce two full-length plays and two one acts (the latter this coming March).   Writing can be a solitary experience, but finding a community with Terry’s team of actors, directors, and producers is a gift.  I’m deeply grateful for that time and that sounding board to write and try out new plays in New York City. How many playwrights have that opportunity?

3) In November 2013, you were selected by the Tommy Hilfiger Company and GLAMOUR MAGAZINE as one of four outstanding women of New Jersey. What was it like to be dressed by Tommy Hilfiger for the event? Did you feel a wee bit like a super model?
Everyone should try it.  What a surreal experience!  The teams at Tommy Hilfiger and Glamour Magazine were wonderful.  It’s a marvelous return to childhood play and dress up for one night.  Who was that in those very high heels?  I didn’t recognize myself.   What was equally humbling was being selected with three other greatly talented and giving women who have contributed their time and vision to their communities.

4) Your play Fauna and Blood was inspired by artist Imran Qureshi’s “Roof Garden Commission” for the Metropolitan Museum of Art. Did you approach this play in the same way you would any play you’ve written or did you come at differently since it was a written piece inspired by a work of art that was painted on the rooftop of the Met where outside elements played a part?
I must be honest.  I read plays.  I do see theatre, but my greater inspiration comes from other genres, particularly fine art. In my play, The Fallen, one of my favorite scenes is set in London at the Tate Modern as Dejan and Anais, the museum security guard and a visitor, both from the former Yugoslavia stand in a room with Jean Fautrier’s sculpture, “Head of a Hostage.” The two walk slowly, gracefully, as if in a dance, as they encircle this statue representing what was once a person, but is now a burnt piece of flesh with a hollow face.  The statue speaks to them and incites their dialogue that they too may be the victims, as our “Head” or the perpetrator responsible for his demise.  I saw this statue in London where I was at Tara Arts Theatre for a book reading. Subsequently and quite accidentally, the moment at the Tate has become a part of my own personal narrative and writing life.  Imran Qureshi’s “Roof Garden Commission” is another example of art provoking my writer’s soul, but this time I wrote from the perspective of the observer rather than the subject.  Who would visit this work?  What is her story?  How did Qureshi’s response to the violence in his home country influence these visitors?  Had they shared his experience?  The process was effortless and fruitful as the play was performed at T. Schreiber and published in The Kenyon Review.   Support for the play was outstanding with Qureshi’s and the Met Museum’s contributions to the publication with exhibition photos.

5) What time of day do you feel most inspired to write – Morning, Afternoon, or Night and why?
I write anywhere anytime. I teach all levels of English as a Second Language at Paramus High School during the day. Three times a week, I study Japanese and Russian.  I tango.  I go to my favorite jazz clubs and listen to my friends play.  I have a family and very loyal friends.  I go to gallery openings.  I read.  I write.  I live with an idea until I’m ready to sit down and type it out.  Luckily I’m a fast typist so the process of the first draft is expeditious.

Click here to reserve your seat to see JASMINE SPRING.