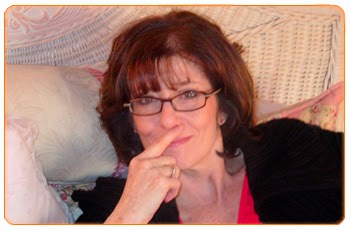 The 3rd reading in our FORUM "Soundings" series is IN THE CAR WITH BLOSSOM AND LEN by Joni Fritz. This reading will be begin at 7:00pm on January 14, 2015 and will be held at Fairleigh Dickinson University, Dreyfuss Theatre, 285 Madison Avenue, Madison, NJ. Click here for directions. Click here for a printable map of the campus (the Dreyfuss Theatre is located in Building 9).

Family dynamics can be the source of endless comedic material, as is the case in winner of the Susan Glaspell Award, “In the Car with Blossom and Len” by Joni Fritz. In this funny and poignant new play, a basket full of unpaid bills for chemical engineer  Lenny Gold’s laboratory is discovered by one of his adult  daughters, unveiling a lifetime of secrets, a mysterious silent partner, and a few other challenges which must be met by this family. “In the Car..” is a delightful family saga about growing up, growing older and ...where you put the keys."


JONI FRITZ has a wide and varied background as both a writer and an actress. Joni’s acting career included appearances on the New York stage, regional theatre, television, films and countless television and radio commercials.  Her segue into a writing career began as a comedy sketch writer for USA Networks’ “Commander USA”—for which she was a writer and performer for four years, as well as the syndicated show “Horrible Night at the Movies.”  As a playwright, her work has been seen in several theaters in the New York area including Ensemble Studio Theatre, the Women’s Theatre Company, What Exit Theatre and Dreamcatcher Repertory Theatre.  Her play Girl’s Room, starring Broadway legends Carol Lawrence and Donna McKechnie, and directed by Tony-nominated director, Lynne Taylor-Corbett, enjoyed successful runs in both New York and Los Angeles.  Joni’s play First A Home, created to raise awareness for the plight of the homeless, was recently performed as part of the New York Society for Ethical Culture’s Ethics and the Theater series.  Joni has also created well over four hundred live theatrical pieces, films and documentaries for such companies as Arista Records, AT&T, Johnson & Johnson, Novartis, Pfizer and IBM, among dozens of other Fortune 500 companies. Her writing, which encompasses a wide spectrum of styles and genres, also includes the anniversary film for one of the first and oldest AIDS initiatives in Africa, Secure the Future, as well as award-winning films and documentaries for such non-profits as the Cancer Institute of New Jersey.  For the past several years, Joni has been on the consulting board for the Westchester Ballet Company. She is a member of Actors Equity, SAG-AFTRA and the Dramatists Guild.

1) What was the inspiration for IN THE CAR WITH BLOSSOM AND LEN?
My family.  I was born into a family that constantly provides me with material.  They are my muses. I’ve been jotting down bits and pieces of their conversations on the back of napkins and envelopes and old receipts for years.  I had no choice other than to become a playwright.  What else was I going to do with all these notes?

2) Before you were a playwright, you were an actress. Do you find yourself approaching your writing from an actor's perspective?
I don’t think I do it consciously, but yes, I think it has helped enormously.  As I write, I am very aware of each character’s arc and thought-process as they move through the play.  I can also hear the rhythm of the lines in my head as I write, which I believe comes from years of acting.  I also ask myself – would I want to be cast in this role?  Is there enough meat to this character that I would want to tell his or her story?

3) For four years, you were a comedy sketch writer as well as a performer for USA Networks' "Commander USA". Do you have a favorite piece that you both wrote and performed in?
“Commander” was my first paying writing job.  For my audition script, they asked me to write a show about “fast food and socks.”  I got the job and also played the roller-skating carhop.  I remember how nerve-wracking and thrilling it was that first day on-set to hear my words come to life – and how scared I was to try and hit my marks on roller skates.  I still get that feeling every time I hear a new piece of mine read aloud for the first time.  Fear and excitement.  Without the roller-skates.

4) Over the years, you've created hundreds of live theatrical pieces, films and documentaries for many Fortune 500 companies. How does writing for a corporation differ from your creative writing?
From my perspective, they are both creative.  Whether writing a play or writing a corporate piece, it’s all about telling a story —with a beginning, a middle and an end. I’m lucky that I freelance and can pick and choose projects that are very diverse and suit me —from the very theatrical to the very straightforward —and everything in between.  Corporate writing involves many meetings, conference calls and deadlines.  Writing plays is quieter.  I usually do my own writing early in the morning or late at night.

5) If we found you taking a writing break, which beverage would be in hand a) coffee  b)water  c) tea  d) cosmopolitan?
Totally depends on time of day I’m taking that break.  Coffee in the morning, but definitely Cosmo in the evening.  On second thought, you can keep the triple sec and lime.  Vodka with a splash of cranberry is just fine, thank you.


Playwrights Theatre will present these readings free of charge, with an optional donation of $10

You can also find additional information on our website about the entire FORUM reading series.
Posted by Playwrights Theatre