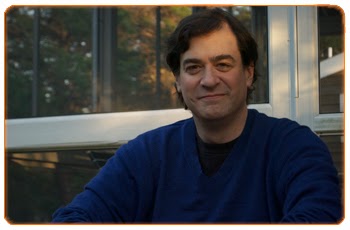 FORUM Sounding Series January 30, 2014 at 7pm
This play is an adaptation of Suzanne Berne's novel A CRIME IN THE NEIGHBORHOOD.
If you purchased a FORUM pass in December, that pass is good for this reading.

During "Watergate Summer" in 1972, a young teenage boy is found murdered behind a mall in suburban Washington DC.  At the other end of the same residential neighborhood, 10-year-old Marsha, who fancies herself a detective, begins to have suspicions that her new next-door-neighbor may have something to do with the crime.  A tale of family upheaval and old business from the past, that still hangs on after four decades.


1. You have adapted several novels for the stage. What is it about these books that makes you think they would translate so well for the stage?
Great characters very much IN ACTION.  I am attracted---as I think a lot of people are---to a strong, compelling story about people I am drawn to care about.  If a story stays with me, and just won't leave---sometimes for years---and keeps delivering images for how key scenes from it might be staged---this is often a hint to me that there is something there for me as a dramatist.

2.       Do you write the script before contacting the novelist so they are able to read your work or do you ask for permission first and then write the play?  I always contact the author, or the author's representative, first.  It would be way too much of a heartbreak to commit the time and imagination and obsession required to translate an entire novel into a play, and then find out one couldn't get permission to have it produced.

3. Are your plays true to the books  or do you add your own spin to the story?
I originally trained in the art of adaptation a million years ago at Northwestern and in Chicago, under the great Robert Breen and Frank Galati, who always made it THE starting point to try to do justice to what drew one to the story in the first place.  I certainly use all the theatrical skill and invention I can bring to bear on a piece, but it is always to find and put on the stage a theatrical equivalent of the way the story sounded and felt to me when it was on the page.  The most accurate simile I've ever been able up with is that it's like taking apart a grandfather clock and then putting it together again into a tiny wrist-watch, whose tick sounds exactly the same.

4.    You have directed over 200 plays across the last quarter century, from classics to new work. When writing, do you feel that you approach your work from a playwright’s standpoint or that of a director?

A bit of both.  The playwright's perspective gives the sense of what you absolutely must have; then the director figures out how it might be made possible in front of an audience.

5. We always see you carrying a book with you. What is your  favorite book and would you want to adapt it for the stage?

I have lots of favorites.  Some of them I've already had the great good fortune to have the chance to adapt and direct:  Raymond Chandler's RED WIND and TROUBLE IS MY BUSINESS; Jim Lehrer's KICK THE CAN, THE SPECIAL PRISONER, and FLYING CROWS; Faulkner's THE HAMLET; A WRINKLE IN TIME, A CONNECTICUT YANKEE IN KING ARTHUR'S COURT, Kate Atkinson's extraordinary, Whitbread-winning BEHIND THE SCENES AT THE MUSEUM.  There are at the moment two or three things I'm working on, but, although I have adapted sections of HUCKLEBERRY FINN as one-acts, I have never had the chance to do a staging of that whole, great, astonishing book---and I don't think anyone has really ever captured it onstage.  I'd like to take a run at doing that.

Click here to reserve your seat to see A CRIME IN THE NEIGHBORHOOD.

Posted by Playwrights Theatre No comments: Links to this post