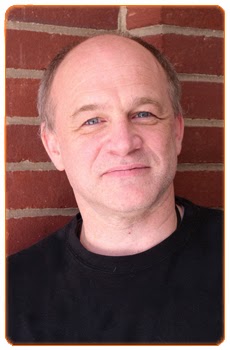 John's play Dura Mater will have a reading on March 13, 2014 at 7:30pm as part of the NJ Literary Artists Fellowship Showcase.


There is a suggested donation of $10. All tickets will be available at the door on the evening of the readings. No advanced ticket sales.

1. Where did you get the idea for Dura Mater?
Like many things, there is a very personal element to what I write, but, if I am working correctly, it will hopefully expand to take on larger issues. While I won’t get into the personal experience that inspired the play (suffice it to say it was not a violent act that I participated in), it did come from a single image—blood on a thick tumbler. This was me projecting into the incident that was the jumping off point; I visualized what the scene might have looked like, and, of course, I realized there would be blood on that glass if someone’s face was cut with it. That’s where I started.

2. As the Artistic Director of Playwrights Theatre, you are involved in developing new works for the stage. If you were given the opportunity to revive a “classic”, what play would that be and why?
Without a doubt, two plays, one of which is not a classic per se (well probably neither are classics, now that I think of it). The first would be Georg Buchner’s Woyzeck. The impulse behind that play (at least as I see it) was to ask: “What are all of the assumptions we make about content and structure when we write a play? How can I create something that breaks every rule as we know it? What would happen?” In some ways, the impulse is very Aristotelian, a kind of objective observation of what works and what doesn’t, but the impulse doesn’t lead to trying to capture some essential definition that would get turned into a “rule.” The impulse leads to an effort to push beyond the “rules” to see what else can happen. Buchner was also a doctor and a scientist, and I think that impulse is very scientific.

The other play would be Peter Handke’s Offending the Audience. It’s not a play, really, Handke called it a “speak-in” (Sprechstucke), but, at the time, it kind of blew the lid off the assumptions we make about the theatre. I’d also like to find a way for George Coates to come back and do some of the crazy stuff he did with George Coates Performance Works  http://stevemobia.com/WriteSubPages/George_Coates.htm . Very scarey/sad what ultimately went down with him.

If we have to get strictly classical, it would either be All's Well That Ends Well, or A Winter's Tale. I love Shakespeare's Problem Plays/Romances. Totally implausible, totally true.

3. You work with playwrights on a daily basis. What influence have these relationships had on your own writing?
I’ve had the opportunity to work with some really excellent writers who write all different ways. It is at once the best lesson a playwright could have, and the most intimidating experience one could imagine. When you see how different excellent writers really are, and how they get to their excellence through very different routes, it gives one great comfort and permission to be oneself. On the other hand, it can cause the worst kind of writer’s block. I love writing, so the only way to keep writing under these circumstances is to forget I know the writers when I’m working. If denial wasn’t so useful an emotion, it wouldn’t be so prevalent in the world. I don’t see myself in the league of a lot of people I work with, that also helps.


4. In your recommended books on poetry, you said anything by Philip Levine who is best known for writing about the working-class in Detroit. What is it about his poems that speak to you?
At the end of March, I will have a poem published in US1 Worksheets called “The Poem That Saved My Life”, which is dedicated to Philip Levine’s “The Angels of Detroit.” That poem literally saved my creative life. Here was someone who could take his working class experience and find a spirituality in it without romanticizing and without self-pity. There is a pragmatic transcendence to his work that requires an almost brutal honesty about one’s self, but the honesty isn’t intended to belittle or hurt, it’s intended to say “this is what this is, this is what you are, take that and make something, I dare you."

It would be a little presumptuous to say I came from the same background as Levine. My father and maternal grandfather ran gas stations, they worked with their hands on cars, and that could have been my destiny, to be a working class small businessman. But they didn’t want that and designed a way out for me; my guess it wasn’t through art, though. I should have been a doctor or lawyer. Levine showed me you could skip a generation and go right to being an artist.  A guy from my background shouldn’t necessarily be freaking out his father by doing a drag ballet the first time his father sees him dance. But that is what I did, and he survived that afternoon, so I guess it was alright.

5. You have some mad culinary skills. Would you share with us your “go to” recipe?
This will not be an example of “mad culinary skills,” but it is the “go to” recipe. It’s baked pasta, but the pasta is never boiled, technically. The basic recipe is below, but the great thing about it is you can add just about anything to it. If you are going to add vegetables like peppers, onions, etc, I would sauté or steam them before adding to insure they are soft by the end of the baking.

Pour in one can of peeled plum tomatoes (28oz) including all the juice in the can. Pepper, salt, and other spices to taste. I leave the whole tomatoes on top to start, and then start poking/cutting into them with a spoon as they cook.

Put in whatever other ingredients you may want to add. If you are doing cheese, wait until the end.

Cover with foil or a lid, and put in oven. Stir often (and carefully towards the end). Cook for about 35-45 minutes until the pasta is soft.  Stirring is important because the pasta on top can burn and get crunchy.