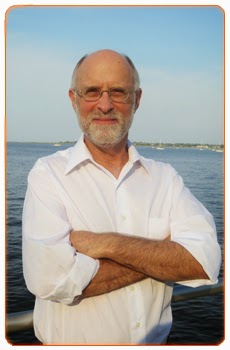 Norman will have a reading of his work on April 27, 2014 at 7:00pm as part of the NJ Literary Artists Fellowship Showcase.

1. Not only do you write fiction, but you are also a playwright, a poet and a screenwriter. Is your creative process the same for all of them? If not, how does it differ?

The story, novel, poem, the play for stage or radio (having written only once for the screen and that, a thirty-minute drama, I’d be presumptuous to speak of my screenwriting) – all begin with an image or a scene. It will trouble me (“haunt” if you like, to acknowledge the uncanny nature of the creative process, at least as it afflicts me) – insisting, night and day, on its priority.  If the image or scene is at all remarkable, if it has a richness that can produce, with patience and effort, a yield sufficiently ample to compensate for the intellectual, spiritual, and physical resources spent to get at it – if I sense in this phantom sketch of an idea a result that will make me happy for having taxed myself – I’ll turn it over in my mind until the first sentence of the story, novel, poem, or play presents itself. Nearly always, this is the way for me: that the piece, whatever it is, begins, at last, with a sentence, a peremptory sentence that rarely will change or be discarded as the writing proceeds. During this exhausting (compulsions are always so) and marvelous time, the image and the images it engenders become like flypaper – pulling words, sentences, entire paragraphs, characters, places, and ideas out of the air, as if they were pests demanding notice.  In this way, the text increases, grows, puts on flesh and – it is to be hoped – lives.

I don’t really know why I’ll choose to write in one form or another. It has nothing to do with the character of the image or idea. (I speak as if they were the same thing and, to my mind, they are – inextricably.) I suppose I have my seasons, when writing in this form or that feels right to me.

2. Your new novel THE BOY IN HIS WINTER is based on the characters of Huck Finn and Jim. What is about these two that intrigued you to write their stories through three vital and transformative centuries of American history?

Huck and Jim first presented themselves fifteen years ago, when I was walking Delaware Bay’s desolate New Jersey shoreline, while I waited for my daughter to feed algae to oyster spat at a Rutgers research facility there. Most of the story “The Brothers Ascend” (published in Love Among the Particles) came to mind – all of a piece – during that afternoon on the water. In it, Huck and Jim join an improbable cast of characters including H. G. Wells and his Time Traveler, Mata Hari, Horatio Alger, and the Wright Brothers. I had always thought that the story should become a play, and for a long time I tried to make it one, without success.

My wife and I now live in retirement, near Raritan Bay, where my daughter works to improve water quality and increase species richness. In October, 2012, we were in the teeth of Hurricane Sandy; and as I lay in bed during the nine-day power outage, I thought once more of Huck and Jim and what I might make of them – this time, in a novel. Sandy inevitably brought to mind Katrina, and in a flash of inspiration (striking me while in the supine position favored by my muse), I saw Twain’s two Mississippi River travelers blown by hurricane from the timelessness of American literary history into historical time, below New Orleans. My mind spun the idea for a month or so, until the first lines of the novel were given to me (to speak oracularly).

As the novel evolved, Jim would become separated from Huck by a lynch mob in 1960, upriver from New Orleans. Huck, however, would nearly reach the end of his river journey to the Gulf of Mexico and reenter time at the same age that he was when starting out from Hannibal, Missouri, in 1835: thirteen. Huck’s biological clock having been restarted by Hurricane Katrina on August 23, 2005, he could live through much of the twenty-first century, as well as the nineteenth and twentieth. Setting to work on the novel, I had no idea that its narrator, Huck Finn, would bear witness to nearly three centuries of transformative American history. Not until I’d finished writing Huck and Jim’s river journey – Part One of The Boy in His Winter – did I realize that I had created a “time machine” with which I could look backwards and forward on the American experience.

3. Your work has been translated into Dutch, German, Spanish, Turkish, Greek, Polish, and Japanese. Do you find that the translations stay true to your original work? Is there something that shifts in the writing during translation?

Speaking not so much as a smattering of those languages, I have no way of knowing. I suppose if I were able to attend a performance of one of my plays in translation, I might sense how well the translator has rendered the emotional argument by the audience’s reactions and my own visceral response to what I saw and heard onstage. I do listen to recordings of radio dramas of mine translated into German, and I have been happy with the intonation, pacing, and dramatic interest registered by the actors’ voices, the music, and sound effects. But to what degree the images and idioms of my original have been successfully brought over into the new work in another language (I think that the finest translations are, in a way, original works in the new language), I can’t say.


4. You contribute scenarios for art and video installations to the English-language Austrian magazine VISUAL ARTBEAT. What is your favorite work of art and have you contributed a scenario for it?

Among my favorite artists are Miró, Klee, and Joseph Cornell; and your question might be better phrased: Have they had any influence on my conceptual art pieces – none of which, alas, have been produced. Cornell’s miniature theaters (for so I think of them) may well have encouraged my own exploration of emotionally charged objects in space. Miró’s and Klee’s enigmatic and sometimes wistful (at other times menacing) figurations on paper and canvas may also have shaped my plastic imagination. I’ve certainly thought about them enough. In Joseph Cornell’s Operas (published in the book Trio, in 2005, and later published in Istanbul), I tried to produce prose approximations of Cornell’s work, inflected by my own theatrical interest. If anything can be said to lie behind my installation scenarios, it is the theater – in particular, elements of the mise en scène, which I have always adored and which will often find their way into my stories and novels: especially in A History of the Imagination (novel in stories), Shadowplay (novel), and Pieces for Small Orchestra (novella in brief fictions). Ten years ago when I began to write scenarios for installation art works, I was certainly aware of the night I went backstage for the first time and stood entranced by the illusions of set design and stage furniture. That was in the late 60s, when I was an undergraduate at Penn; and I’ve been infatuated with the “empty space” (of Peter Brook’s) ever since.


5. If you could go back in time and have dinner with one of your favorite authors or artists, who would it be and what would be your one burning question?

Reading also has its seasons, and the list of writers I admire fluctuates. I’ve been reading again, or for the first time, certain American novels of the late nineteenth and early twentieth centuries in order to feel a part of the American tradition I’ve neglected for the past four decades. About to see published The Boy in His Winter (May, Bellevue Literary Press), with American Meteor due next May from Bellevue, and thinking now about the third book in a trilogy of American Novels, it’s understandable that I would wish to seek out my predecessors in order to know them better, to engage them in an admittedly one-sided conversation, and to ask their pardon, so to speak, in wanting to join them in contributing to the national literature. (I am mindful of my presumption.) But the anti-realist, fabulist, and “un-American” literature of Kafka, Calvino, Beckett, Borges, Mrozek, Hildesheimer, Cortázar, Ionesco, Murakami, and the like that has beguiled me and encouraged my own writing, from A History of the Imagination (FC2, 2004) through Love Among the Particles (Bellevue Literary Press, 2013) continue to enthrall me. Reading has its seasons, and several years ago I would have loved to sit quietly across the table from Samuel Beckett and ask the burning question, “Is the game worth the candle?” Two years ago, I could wish for nothing more than to drink espresso with Calvino in a Roman trattoria and ask, “Does the social conscience we all have, regardless of a vocation for the fabulous, nag at you; and, if so, how do you appease it?” Today, reading American writers of a century and more ago, I’d like to visit Whitman during his last days in Camden and ask, “Walt, how do you find it in yourself to embrace the whole of America and its people?” I’d like to come away from his house on Stevens Street with an antidote for my exclusivist tendencies – born, it is to be admitted, in the art and literature of the twentieth century on which I was raised.