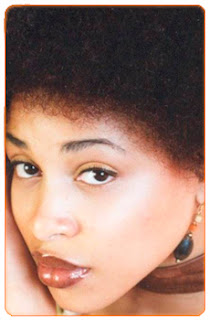 Iyanna's short story Eyes of Xhosa (pronounced Kosa)  will be read on March 9, 2013 at 7:30pm as part of the NJ Literary Artists Fellowship Showcase.

Lush with ancient mysticism, heady romance and gripping violence, Eyes of Xhosa (pronounced Kosa) is the story of a young woman who faces the most important choice of her life:  honor and fulfill the obligations placed upon her by ancestral birthright or take her destiny into her own hands and blaze a new trail across the world along a path of her own choosing.

Iyanna will be reading her story.

Iyanna L. Jones, professionally known as Nana Soul is a writer, filmmaker, media activist and singer.  She has a strong background in entertainment and marketing by way of her tenure at media giants such as HBO, MTV and BET. She executive produced and wrote the narration for the provocative and controversial documentary film Disappearing Voices – The Decline of Black Radio. Congressman Bobby L. Rush (1st District, IL) invited Jones to the Congressional Black Caucus’ 39th Annual Legislative Convention to participate on a panel named after the film. She also executive produced, performed on, and wrote music for On The Move – Sounds Inspired by Mumia Abu Jamal, which includes music by Public Enemy, Living Colour, Maya Azucena and Abiodun Oyewole of The Last Poets.

She is the host of the television shows Black Agenda TV and The Ghetto Chronicles and author of Business Owner’s Bootcamp, a manual that helps women on public assistance make the transition to entrepreneurship. As a musician she is a two-time winner of the internationally acclaimed John Lennon Songwriting Contest for her songs God is Dead and Black Honey.  In 2009 Jones received a New Jersey Council on the Arts fellowship for her science fiction short story, Eyes of Xhosa. She currently hosts her own weekly radio show entitled This is Iyanna Jones every Wednesday on the Go Pro Radio Network at 9pm Eastern Time. Iyanna is a self-proclaimed geek and lover of all things spacy, fantastic and speculative, especially fiction and movies. When she’s not busy writing stories or poems or screenplays or songs, she spends her time reading stories and poems and screenplays and singing songs.

These readings are part of The New Jersey Theatre Alliance’s Stages Festival which is a statewide theatre “open-house” with free and discounted tickets to performances, workshops and events offered by New Jersey’s 31 Professional Member Theatres throughout the month of March.


1) What inspired you to write Eyes of Xhosa?
I was inspired to write Eyes of Xhosa because a friend challenged me to write something of a speculative nature but in a setting that I typically wouldn't. I thought of all of the mysticism surrounding tribal elders and the keepers of community history and so South Africa became the setting. I've also always been intrigued by the ways in which adherence to obligation and honoring one's own desires often clash.

2) You are a writer, filmmaker, media activist and singer. Are you passionate about the same subject for all of these disciplines or does it vary according to the medium you are pursuing?
My passions are varied. Ultimately, I feel the need to use my many voices to champion the causes of those without on, to tell the stories we haven't heard yet and to showcase the perspectives we least expect. That kind of approach keeps my work honest and helps me to grow as both an artist and a human being.

3) You wrote the Business Owner's Bootcamp, a manual that helps women on public assistance make the transition to entrepreneurship. Why inspired you to work on this?
I was inspired to write Business Owner's Bootcamp because I know what it's like not only to be poor but to feel as if certain roads are closed to me. It took a lot of fortitude and nurturing from others to be able to build my business to the level that I have, and I felt it was important to provide the same inspiration and nurturing to others and to share  the intellectual and spiritual wealth. Also, women, for the most part, are not socialized to be aggressive or competitive in business, and is important to challenge the tendency that society has to condition women and girls to accept roles of passivity.

5) You are a self-proclaimed geek and lover of all things spacy, fantastic and speculative, especially fiction and movies. What is your favorite book and movie and why?
My favorite book and movie is Dune by Frank Herbert. I love the idea of humankind expanding our idea of civilization beyond the stars, for better or worse. Frank Herbert managed to blend dystopia with a pervasive sense of hope, fantasy, science, wonder and political commentary in a series that is both a criticism of human failings and a celebration of the endless possibilities that have sprung from our existence.