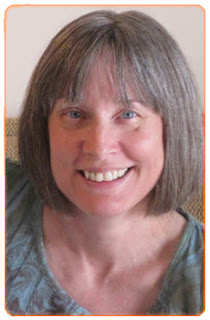 Pamela's short story Debris will be read on March 9, 2013 at 7:30pm as part of the NJ Literary Artists Fellowship Showcase.

In Debris, two people search for their common lover in a sluice field of hurricane debris.

Debris will be read by Bonnie Black* and directed by John Pietrowski.

Pamela Burke writes on the Jersey Shore while also consulting and teaching graduate courses in leading creative collaboration, resolving conflict, and leadership development at Stevens Institute of Technology in Hoboken and at Columbia University in New York. Her poems and articles have appeared in magazines and collections including Mischief Caprice and Other Poetic Strategies (Red Hen Press), Art Calendar Magazine, and in Inspiring Creativity, an anthology published by the Creativity Coaching Association Press. An excerpt from a novel, “Everything I’ve Ever Written is a Lie” appeared in Podium, the Literary Journal of the 92nd Street Y in Manhattan. Pam received a 2009 NJ State Council on the Arts Fellowship for Fiction and is a member of the international writing network, Backspace (http://www.bksp.org).

These readings are part of The New Jersey Theatre Alliance’s Stages Festival which is a statewide theatre “open-house” with free and discounted tickets to performances, workshops and events offered by New Jersey’s 31 Professional Member Theatres throughout the month of March.


1) What inspired you to write “Debris?”


I spent ten days wandering the iron shore eastern rim of a leeward Caribbean island, where the winds that flow off of Africa deposit debris from the sea.  Sun-bleached shoes, appliances, broken bits of boats and ropes and glass and metal and plastic were scattered in unlikely combinations along the jagged rocks and tide pools. There was evidence of violence everywhere, but all I witnessed was the haphazard aftermath. This stuff had once had meaning to someone. I took trash bags and tried to pick things up, to bring some order to the place. Impossible. So much. I gave up. Just sat down and started writing. Of course, the landscape kept sparking images of Hurricane Katrina and although I avoided that dark connection for the first few drafts, I relented. The story itself became an accretion of debris, bits from past and present.  When I got home, none of it made sense. I put it in a drawer. I went back the next winter with my "beach" notebook, and got totally immersed in the horror for most of the "vacation." My family humored my attempt to sleep outside so I could experience the wind and loss of shelter.  That lasted for six hours, eyes wide open the whole time. Did the first water-logged sneaker inspire me to write this story? I don't know. There were forces at work that felt more like desperation than inspiration.

2) You teach graduate courses in leading creative collaboration, resolving conflict, and leadership development at Stevens Institute of Technology in Hoboken and at Columbia University in New York. Do you find inspiration for your writing from teaching in the classroom?

Absolutely. By design, the subjects I teach require huge amounts of  personal reflection and improvisation - by the students and the teacher.  I'm essentially prodding people to write their own lives in real time through creativity, collaboration, and conflict. The students at these two universities are so beautifully diverse and expressive that I can barely wait to get onto the train after class to capture their perspectives in my writing journal. They inspire me to write about embracing change, no matter how bizarre or challenging the situation. I'm inspired by people who live their lives saying, "yes, and..."  because it keeps me open to the surprises that happen when I sit down to write.

3) How does being a member of the international writing network, Backspace, help you?

I had written many stories and a couple of first-draft novels before I stumbled onto Backspace but I can't say I thought of myself as a writer until I had this amazing group of people to experience the writing life beside. Because the community has people who write fiction of all kinds from all over the world at all stages of their professional careers I've gotten just-in-time help on everything from revising stories to finding a literary agent. People share the most amazing insights and encouragement online and at the gatherings Backspace sponsors. So many of the early backspacers have gone on to become familiar household names with major literary successes yet they remain active in the group.

Writing and attempting to get your stuff read can be a lonely path. Your friends mean well but most have no idea what it feels like to have a novel out on submission after several revisions with your agent -- and then to either get a contract -- or not -- after months of near-misses. The people at Backspace celebrate with you, or commiserate with you, but always then ask you, "what's next?"

4) What is the name of the first story that you wrote and what was it about?

I'm a terrible archivist of my own writing and have no memories of my earliest stories. I do remember writing morality tales and stuffing them folded into tight little squares in-between the ice cube trays in my parent's freezer as a teenager. I've never been good at face-to-face apologies, maybe that's why I grew up to teach creative conflict resolution.

In the weeks before my mother died this fall we talked about how writing had been a substitute for talk between us and though she admitted she found and read the ice-cube stories, she didn't recall their contents. In honor of Constance Burke, I'll answer your question with the title of my mother's first story -- which I found only after her death -- "Jealousy Goes to a Party" -- a romance, published in the 7B2 Crunchy Wunchy Short Story Anthology, June 1944. She dedicated the anthology to her favorite teacher, Miss Prentiss, and to "the pleasure and excitement experienced in writing the book, compiling it, and earning the money to pay for it."  Who knew?

5) What is your favorite book and why?

You do ask impossible questions, don't you? I feel I have to answer since I weaseled out of the last one... The Book Thief by Markus Zusak, published in 2006, stuns me each time I read it. Who could imagine that such an intensely human book could be told through the point of view of Death? The life of  the nine year old heroine, Liesel Meminger, in Germany during WWII, forever changed my assumptions about young adult literature. It's a staggering piece of storytelling by an impossibly talented writer. If you haven't read it yet, don't wait.