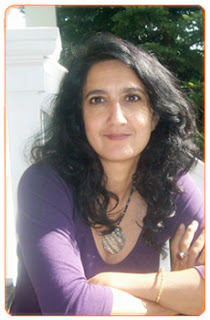 Marina will have a reading by a professional actor of her work on October 10, 2013 at 7:30pm as part of the NJ Literary Artists Fellowship Showcase.

1. You write both fiction and nonfiction. Is your writing process similar for both? If not, how is it different?

I think my interests are all connected in a way--history, immigration-- but the approach can be quite different.  For my young adult fiction, I tend to have a radar for the kinds of stories that interested me as a journalist--contemporary, a bit edgy, perhaps political, often perspectives not seen or heard.  But I wait until a dilemma and a point of view, a young person's voice comes to me.  I want to see and hear a larger situation through their eyes.  Then I write it in a kind of heat, fast, because I find that kind of fiction needs immediacy.

My adult fiction is a much slower accrual--that can often take years as I work my way through the story, rethink the story, and build up the layers.  And finally for nonfiction it depends on whether I'm writing literary essays or books, as I did for Sugar.  In the case of literary essays, they are more akin to writing short stories, but there's a kind of honest truth taking I'm after in the pursuit of an idea, a set of experiences.  In the case of Sugar, that meant a lot of research and talking with my husband.  Then we divied up parts of the book and wrote them separately, commenting on each other's parts.  We will probably do the same for a new nonfiction we are contracted for, on the photographers Robert Capa, Gerda Taro and Chim during the Spanish Civil War.  In that case, I will provide more of the novelistic story telling and he will provide more of the historical backdrop.

In my non-fiction book, Remix: Conversations with Immigrant Teenagers, I was introduced to the two teenages that open and close the book, through fellow NJSCA Literary Fellowship winner, Gaiutra Bahadur. The two girls are her cousins--Herman and Reshmee.

2. As an associate professor of English at William Paterson University, what is the one thing you hope your students take away from your class?
A passion for reading and thinking--that there's nothing more fun than delving again and again into books and making connections.  And a newfound respect for language, its mysterious alloy and powers on the human heart.

3. You co-authored Sugar Changed the World: A Story of Magic, Spice, Slavery, Freedom & Science with your husband, Marc Aronson. What was the process like working with another author? What was it like working with your husband?
I gave a bit of that experience in the earlier question.  My husband's background is much more as a historian.  He tends to map out the big forces, the big ideas; he also is an amazing researcher who is willing to read every current interpretation of history.  I tend to dig into history for the artifacts, the concrete, the little stories and human anecdotes, and build from there--I want to imagine the worlds and then make the connections.  This is much more like the mind of a novelist.  And so we came to the process of writing that book knowing our profound differences.  But that helped us too, because we were not stepping on each other's toes.

On the other hand, it can make for some clashes.  For instance, when we were working on the second part of the book, which involved the Caribbean, my husband wanted to begin with what I thought was a long wind up with how plantations and slavery became so prevalent.  I wanted to plunge us right into a scene on a plantation--so you feel the heat and toil--and then wind backward to explain how we got here.  My instincts were that of someone thinking of a 3 act structure and the need to jump forward in time, provide the context later.  We fought about it, but eventually, I'm happy to say, I won!

4. Where do you find inspiration for your fiction?
I find it in all kinds of places, honestly.  Some of it is simply personal or autobiographical--that was earlier in my career.  My first two novels definitely drew upon family experiences or stories I had heard.  House of Waiting was my 'prehistory'--a story of a fictional couple that resembles my parents meeting in the fifties.  The second novel, "The Professor of Light," drew upon my own childhood and my family summer with relatives in England, but it took it in a completely imagined direction.

Or, in the case of the novel for which I won this award, it was two details from history that fascinated me.  A very long time ago, when I was in India on a Fulbright, a man told me the story of an Indian woman who ran away on her wedding night to an older widower, and went to the boats that took her to the Caribbean.  Not long after, I learned of story of English women who came to Indian as part of the Fishing Fleet, in search of husbands.  I suddenly had an idea--what if two such women were to meet? What if they had a kind of friendship--unusual at that time? And what if the English woman owned a plantation that she tried to rescue?  That's the novel I'm revising now--it used to be called "Sweetness" but more recently I believe it will be called "The Letter Writer." That switch in title is also a kind of story--this past summer I was in a favorite antique shop in Jerusalem when I fell in love with a print called "The Letter Writer," by an English Orientalist painter.  It is of a 'letter writer' in Cairo who is taking down what a veiled and illiterate woman is telling him.  I realized that my own novel is the reverse--my Indian woman character is actually the letter writer for illiterate coolies, thus endangering her friendship with her English mistress.  It's as if I found the core of my novel in that image and I'm now writing toward that.

But stories also suddenly appear in all kinds of ways--one of my favorites is a short story I published called "The Plan," about a very young mother, an aspiring actress, who concocts a plan to go to Hollywood and say her teenage son is her brother.  The plan works too well when, as mixed race and ambiguous looking models, they start to land modeling gigs and then roles in a movie.  I realized that the story was a kind of magpie amalgam of little bits I'd been collecting--a recent trip to LA, a friend's daughter who was a model, a woman at a hair salon I was observing.

5. If you were hosting a dinner party and we wanted to bring you a hostess gift, which would you enjoy the most…Flowers? A Bottle of Wine? Chocolates? Imported and rare cheese?
Chocolate, I'm afraid! (Dark chocolate with sea salt, my favorite)