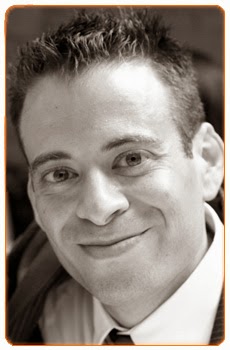 The 1st reading in our FORUM "Soundings" series is MAIMED by Barry Levey. This reading will be begin at 7:00pm and will be held at Fairleigh Dickinson University, Dreyfuss Theatre, 285 Madison Avenue, Madison, NJ. Click here for directions. Click here for a printable map of the campus (the Dreyfuss Theatre is located in Building 9).

Eitan’s Aunt Miriam loves him very much, but she’s a “character” who occasionally needs to be hospitalized, and her antics have her ultimately banished from his family’s house.  Still she persists in infiltrating his life and memories with big stories that might be real or imagined.

Barry Levey's New York productions include Hoaxocaust! (FringeNYC 2014 Overall Excellence Winner; Baruch Performing Arts Center; Theater for the New City; Prospect Theater Company); Critical Darling (The New Group); All the Way From China (Mad Dog at the Gene Frankel); and two short plays for Ars Nova, Downeaster Alexa and Yale Law School, the latter of which was a finalist for the Heideman Prize (Actors Theatre of Louisville). Barry is a two-time O’Neill finalist, for Citizens of Rome and Woman of Troy, which has also been developed at the Lark, Resonance Ensemble, and Carnegie Mellon's School of Drama. Barry’s work has also been developed by Arena Stage, Rattlestick, and Williamstown, among others. Upcoming: GarageBand® for Lovers, a short play for Project Y. Barry holds a BA from Yale and an MFA from UC San Diego.

1)      What was the inspiration for MAIMED?
Every family has a “crazy” relation (and if you don’t know yours, as the poker proverb goes, it’s you). Of course, the larger-than-life someone is, the more outsize an influence they can have on your life. And ironically, while their off-kilter sensibility might have a positive effect on you--making you less inhibited, or inspiring you to dream big dreams--that same sensibility might actually make their own lives harder: they might suffer from arrested development, or delusions or grandeur, or something even darker. I read Patrick Dennis’s Auntie Mame and thought, “How delightful this character is--and how mentally ill.” I wanted to explore the tension between the campy fun of a personality like Mame’s, and the reality of what it’s really like to live with it--to really be Mame, or her nephew. I suspected it wouldn’t all be fox hunts and Jerry Herman songs.

2)      You hold a BA from Yale and an MFA from UC San Diego. How has your East Coast and West Coast education influenced your writing?
Neither, as much as my Midwest upbringing. I guess my sense of sarcasm is kind of East Coast, but I think it’s more directly inherited from my Cleveland, Ohio born-and-raised father. I will say this: I never studied playwriting at Yale, but I studied under the wonderful Adele Edling Shank at UCSD, so in that respect, West Coast wins, hands-down.

3)      Your play Hoaxocaust! was a FringeNYC 2014 Overall Excellence Winner. The Fringe Festival is an exciting and thrilling ride in theatre production. Do you have any wild and crazy stories of your experience?
Two of them. One: I’d developed the piece for years with an amazing actor, and had no intention whatsoever of ever performing it myself. Fast-forward to a scheduling conflict after we’d already been accepted into the Festival, and I was suddenly living an Eat, Pray Love, bucket-list sort of moment: performing in New York City. Two: opening night of the Festival, I gave a 60-second preview of the piece at a party and was booed. I hadn’t performed in front of anyone since high school, and was devastated. To go from getting booed on the first night to winning a Best Solo Performance award on the last; it’s a story, I believe Adele Shank would say, with an arc.

5)      So you’re walking along the beach and come upon a lantern. A genie appears and grants you three wishes. What would those wishes be?
This reminds me of an ill-advised barefoot walk I just had on Ocean Beach, on a recent return to San Diego. If this had happened there, I’d have wished for a disease-free recovery from whatever needle I’d just stepped on to induce the hallucination.

Click here to reserve your seat to see MAIMED.