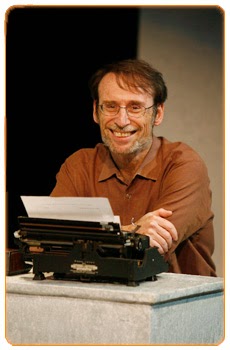 The 11th reading in our FORUM "Soundings" series is ABOVE WATER by Bob Clyman. This reading will be begin at 7:00pm on January 23, 2015 and will be held at Fairleigh Dickinson University, Dreyfuss Theatre, 285 Madison Avenue, Madison, NJ. Click here for directions. Click here for a printable map of the campus (the Dreyfuss Theatre is located in Building 9).

Paul decides to bring his much younger girlfriend, Rachel, with him on vacation with his longtime friends, Max and Maggie.  After realizing that Rachel could possibly be the best thing to happen to him since his wife, Carol, died two years before, they all come to learn things about each other that they never expected.


1) Where did you get the idea for ABOVE WATER? A friend was visiting a Caribbean island when he experienced something a little like this.   The story, as he reported it, would have played as a pretty straightforward melodrama, so in the service of greater complexity, my friend will have to accept that he is no longer the hero.

2) You’ve had a play tour Scotland. How did this come to be and did you get to see the play in Scotland and eat haggis?
An American director who had directed a workshop of that particular play in New York later moved to Scotland and convinced a producer there to let him first mount it in Edinburgh and then move the production to Glasgow.  I never got to see how it played there, and it's almost as hard for me to imagine those characters speaking with Scottish brogues as it is to imagine eating haggis.

3) What do you enjoy most about the art of playwriting?
I like starting a new play, when my mind's an open faucet with words pouring out, but I think I enjoy the act of cutting them back later even more.  My early drafts are always massively overwritten, filled with undigested ideas and the crushing weight of too much language.  It's a joy to finally realize what the play is about, so I can begin shedding some of that weight.

4) What is your favorite book, movie, play or musical and why?
Carol Churchill and Wallace Shawn probably do a better job than any other playwrights working at disturbing me while making me laugh.

5) Are you a regular slice of apple pie kind of guy or are you an ala mode guy?
Now you're getting a little too personal.

Click here to reserve your seat to see ABOVE WATER.